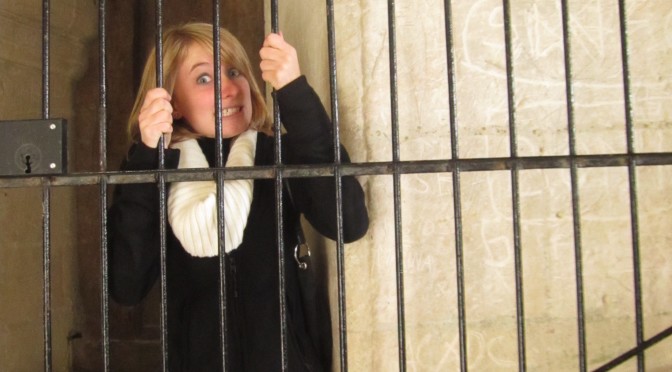 The US and France have a deep disagreement about the meaning of liberty.

I know what you’re thinking — the US and France? They’re both Western, developed countries. Don’t they kind of do everything the same?

My first trip abroad was all about seeing something different. I went to Bolivia for a year because I wanted to be shocked– I wanted to see horrendous poverty and learn about ludicrous laws and peculiar traditions. And I was right that Bolivia has far more visually noticeable differences– after all, in France people look kinda the same, dress kinda the same, eat kinda the same, and act kinda the same as people from the US. Barring an obsession with techno music and stinky cheese, culture shock here is pretty mild.

Peeling back the layers of cultural differences is a far more subtle study in France, but it nevertheless reveals some important, deep-rooted differences.

Reading for class today (see citation below) I was reminded of one great example of our differences:

French banning of the burka and hijab.

For those of you reading this asking if the hijab (the Muslim headscarf) or burka (which also covers the face) are really banned somewhere, the answer is yes! They are! Does that shock you?

Both the burka and hijab have been banned at different times in France… I won’t be going into the legal side here. Rather, I want to focus on how such a ban underlines an important difference in thinking between the United States and France that not only pervades the legal world, but also the average citizen’s individual conception of… well, life.

In the article I was reading (cited below), author Ioanna Tourkochoriti states the issue simply:
“A law, like the one adopted in France, banning the hijab for students in schools would most likely be considered unconstitutional in the United States.”

While both the US and France can agree that insisting a person remove their hijab for certain identification reasons makes sense (you know, in a very respectful way, like for the passport photo, because we need to see your face, sorry), the question of whether or not it should be allowed in schools or other public places is contentious.

In the US?
Americans have a long history of fearing their government is going to impose too much control on them. We don’t want anyone taking away our guns anymore than we want them telling us what we can wear (well, unless it’s about leggings, then maybe).

This is the concept of “negative liberty” — a phrase Tourkochoriti uses freely in her article, though I admittedly had to look it up. It’s the idea that we should be free from interference by others.
You wanna wear a burka? Go for it! I’ll wear my cross, he’ll wear a Jewish yarmulke, and we’ll all go around happily dancing at the capital because we know that our rights to freedom of religion and expression protect whatever kind of religious paraphernalia we want to wear. Period.

So what kind of unfair, liberty-hating radicals infested France?

Honestly, the first time I heard about the burka ban, I thought it was a joke– or at least a sign of the wrong French political party getting waaay too power. But here’s the rationale:

“The burka ban, like the hijab ban in public schools in France, is justified by the need to protect the girls wearing a burka from social pressure when the choice to wear it is not authentically theirs. It also aims at protecting them from themselves when wearing the burka happens to be an authentic choice of the women concerned.”

The French reason that by banning the burka you actually protect religious freedoms— you promote gender equality and, in the case of public schools, create a space for learning free of religious issues.

Both countries support separation of church and state (or laicité as the French call it). The difference is on how they go about implementing that separation: “freedom through the state in France, freedom from the state in the United States.”

Personally, I can see the rationale for both systems, so this post isn’t intended to push any one conclusion. What is clear to me, though, is that the role of the government as seen by the French public and the US public is quite different.

A blog without comments is like a boat without water.
Help me float.