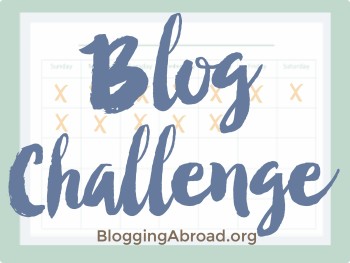 Home can take many shapes and sizes. This is my home in Saint Denis, France.

in an apartment shared with two game-addicted geeky boys

who love to make homemade grub

and wash it down with various French alcohols

after a long day of taking the spotlessly clean Parisian metros

only 40 minutes away from the beauty of Paris.

My neighbors are terrorists.

I moved to Saint Denis because I was accepted to a great school in Paris. If smart meant rich, I certainly would have rented a cute little apartment near the Bastille district in downtown Paris. Or somewhere near the Latin quarter with big windows, a beautiful kitchen and hardwood floors.

But while my parents passed along the gift of study and creative thinking, I had to grow up counting quarters and make my way through school by earning scholarships. No regrets or complaints– after all,  I made it to Paris! But the fact is, I needed someplace cheaper than what downtown Paris was prepared to offer.

I ended up finding a place in Saint Denis, a northern suburb of Paris. The first thing I asked about was the kitchen. After all, a Southern girl like me needs space for apple pie and taco bars every once in a while. It was a sweet deal: my own bedroom, a full kitchen and cheap rent. I jumped at the chance.

As soon as I said yes, a friend warned me that Saint Denis was a little bit shady “for a white girl with blonde hair.”
“What does that mean?” I asked.
“Nothing, nothing. Just that you might not want to go out alone at night or stumble home drunk.”
His warnings felt almost insulting to me. After all, I had already spent time in places like Bolivia and Senegal, where unwanted male attention is the name of the game. How bad could any French neighborhood really be? I moved in.

Since some of my unversity classes ended at 9pm, coming home late at night quickly became the norm, and not because of drunken debauchery.

The first few times I returned home cautiously… I took off my headphones, kept my purse close to my body, walked quickly and took note of my surroundings. By the ninth or tenth time, I started to get careless.

True: in Saint Denis there are always groups of people chatting on corners and the smell of marijuana wafts lazily throughout the downtown air. After a while, you start understanding what everyone is rolling into cigarettes as they chat by the roadside, and if you’re paying attention you’ll see the occasional two cars pull up side-by-side and exchange something for… something.

The first time I saw a group of people gathered in a circle outside my garage door in Saint Denis I assumed they were up to no good. But when I looked closer I realized they were playing cards.
“Oh, what a relief!” I thought, “They’re just playing a game!” I smiled to myself and then, by chance, a 20 euro bill fluttered to the ground and a youngster from the group stooped to pick it up.
“Oh right,” I realized, my smile fading, “not so innocent after all.”

I’d been there for about 4 months the first time someone tried to steal my phone. I grabbed the hand as soon as I felt it reaching into my pocket and turned around bruskly to chase after my empty-handed would-be thief, all the while screaming obscenities in English. It was not one of my finest moments.

The second time they went for my phone was a success.
“So, you saw nothing and you felt nothing?” the police officer asked, incredulously. He didn’t seem very convinced.
If only I were better at lying I would’ve spun a better tale.
“No,” I told him, “but whoever took it made 13 long-distance calls to Morocco.”
“I see,” he said, taking note. “Let me guess, you were on bus 153?”
“Yes, sir.”
I had the impression he did this regularly.

Besides phone-stealing hazards, I also encouter regular cat calls. I’m not nearly as anti-cat-calling as some people I know. The way I figure it, if they want to call me beautiful, let them!
In Saint Denis, though, I get called much more than beautiful. I mean to say that I’ve heard all the usual cat calls– honey, darling, delicious, etc. But I’ve also heard some rather inventive ones– syrup, garden, mouse, and, of course, just a loud hissing. I’m actually not sure if the hissing is supposed to be a compliment or not.

Despite all these less-than-perfect aspects of my nieghborhood, I rather like Saint Denis. It has a lot of character. And, even if it is a bit shady, it’s nice when the shopkeeper across the street gets to know you and starts pointing out all the phone thieves nearby to help keep you safe. Or when you walk into a restaurant clearly marked “pizza” only to learn that they don’t do pizza at all (they’ve been too lazy to change the sign for 3 years), but instead the most incredible Cameroonian food you’ve ever tasted.

All of this is to say that with the recent attacks in Paris, I actually felt rather safe in my neighborhood. After all, what terrorist chooses to attack a shady suburb?

Little did I know that I was all too right. Terrorists wouldn’t attack my neighborhood– they would live in it!

Last Wednesday morning I woke up way too early to the sound of gunfire.
“What’s that noise?” my boyfriend asked sleepily.
“Gunfire,” I told him.
I may be pretty innocent sometimes, but I did grow up in Arkansas after all.

The police raid in Saint Denis took place in an apartment just 400 meters away from me. I know because I checked on Google Maps as soon as the news started reaching for new announcements to keep us interested and informed the public that ‘kalashnikovs can only kill up to a distance of 300 meters.’

Only 300m. So for those worried about my safety, you can be sure I was fine at 400m. Especially since there are several other homes between my own and the terrorists’.

Looking back on my decision to live in Saint Denis, I could never have guessed that an important raid of this scale would have happened so close to me. But then again, I’m not sure it would have changed my mind about living here. The uncertainty of a terrorist attack is going to continue to haunt our minds… through February, if the US citizen security messages are to be believed.

Whenever I tell someone I live in Saint Denis, they always asked me if I’m scared. No, I tell them, I am not afraid!

In the wake of the attacks in Paris, Parisians are defiantly insisting on drinking their over-priced coffees on restaurant terraces, even with freezing outdoor temperatures. I too insist on my need: cooking Southern soul food in an affordable apartment with a real kitchen.

So there you have it– life goes on.