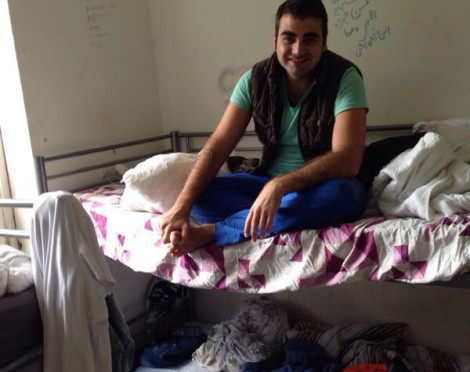 Mohammad, age 25, is enamored by Germany. “I really love it all,” he says, “my job, the country, the language.” A Syrian refugee, Mohammad risked his life and his father’s fortune to make his way to Europe illegally.

Shocking reports that over 800 migrants were killed while trying to cross over to Europe just last Sunday fuel Mohammad’s personal account: the way to Europe is far from easy.

Since 2011 nearly four million refugees have fled Syria, according to official UNHCR numbers.[1] While around 1.7 million have registered in Turkey and 1.5 million in Lebanon, others have fled to Iraq, Jordan and Egypt. Less than 250,000 Syrian asylum applications have been placed in Europe.

Although Mohammad left Syria in November of 2012, he only gained his German residence last December.

… read the rest of my article in the InFocus Revue: http://infocusrevue.com/2015/04/23/the-way-to-europe-the-plight-of-a-syrian-refugee/